I had an experience today which:

Customer Experience, as I’ve said many times before, is about every interaction between an organisation/business and those it serves/its customers.

This morning I was feeling rather stressed, because over the weekend – due to my own forgetfulness – I’d run out of a medication I’m on. I needed a repeat prescription, and I needed to be able to collect the medication, today. Now, I was aware of my health centre’s normal rules – which state that one should allow 48 hours for a repeat prescription to be issued. So what to do?

Knowing that the health centre opens at 0830, and assuming that its phone lines are red hot at that time, I decided to walk a mile down the road (in the pouring rain) to throw myself on the mercy of the receptionist. If you’re like me, at this point you’re thinking:

Some chance! Doctors’ receptionists are famed for their inflexibility. Good luck with that, Stephen!”

Nevertheless, I arrived at the centre at 0820 and waited, damply, for it to open. As the receptionist smilingly opened the door at 0825, I briefly reflected on the Disney philosophy on opening times: open early, surprise and delight the early arrivals and avoid the congestion caused by a buildup of people waiting for the appointed opening time.

Moving inside, I briefly explained my plight to the receptionist, who instantly checked my details, printed out a repeat prescription and within two minutes presented it, signed by the doctor, accompanied by another smile.

As I walked back into the hallway, I decided to answer the call of nature. The health centre

WC has a keypad entry system, but before I had time to  assume that I would have to go back to reception and ask for the code, I noticed that it was written on the door!

What did that small gesture say to me?

Yes, we have a security system here: however, we realise that the majority of people using this facility are bona fide patients, so we aren’t going to cause you the hassle of having to queue up and ask for the code. Be our guest!”

The Rule states that rules for customers should be designed to protect the 99% who are genuine, well-intentioned users of your product or service. Rules that reflect the (often imaginary) undesirable behaviour of the 1% (or less) should at best be abolished, and at worst, mitigated.

The receptionist instinctively applied this rule, too, when she overrode the 48 hours repeat prescriptions rule. There was no good reason not to obtain my prescription; she had it in her power to provide it; she did so; and in doing so, she made my day.

I first conceived the Rule when I was the newly-appointed, Head of Retail and Admissions at the Tower of London, the most popular heritage attraction in the UK. There were discussions going on around the fact that, apparently, a few (out of the 2.5 million total) visitors were somehow avoiding the pay barrier and entering the Tower without paying. The remedies being talked about included increasing security checks and generally adding a new level of bureaucracy to the entry process for all visitors.

My boss – the Deputy Governor (Resources), who had ultimate responsibility for finance – cut through the discussion, saying:

Listen, if a few people want to get in so badly, let them! They’ll enjoy the experience, they’ll tell their friends,  and they’ll probably spend money in the shops and cafes while they’re inside. Let’s not complicate the system for everyone else.”

So – with no political agenda whatsoever:

What to do now:

If you’d like to discuss anything in this post, or would like support in changing your organisation’s focus to become a customer-centric one, do get in touch.

Stephen Spencer is a keynote speaker, business coach and consultant, helping organisations create better Customer Experiences to unlock team and profit potential. He has over 25 years’ experience as a leader, trainer and experience developer with some of the UK’s most prestigious Retail, Tourism and Hospitality brands. Sign up for Stephen’s POSITIVE Customer Experience newsletter here.

2 thoughts on “The 99:1 Rule – No Politics, Just Good Customer Service” 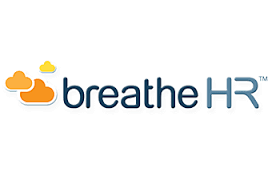 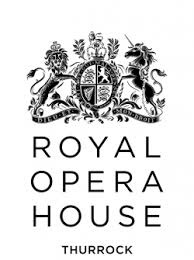 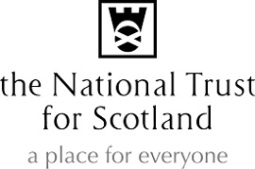